Kevin is the son of Chinese immigrants who came to the United States in pursuit of the American Dream. Kevin’s father worked as a lab technician to support the family while completing his education. Kevin’s mother cleaned houses and waited tables in order to attend community college. As a witness to his parents' struggle with financial security for much of his life, Kevin internalized the value of hard work, sacrifice, and discipline at a young age.

Kevin graduated with high honors from Vanderbilt University in May 2018 and received a high-paying job offer to work as a management consultant at McKinsey & Company, an organization widely regarded for its influence with worldwide business and political leaders. McKinsey boasts an acceptance rate 5X lower than Harvard’s and has produced more F500 executives than any other organization. Despite the prospect of a stable corporate career after college, Kevin was determined to leave the beaten path and build something that was his own. 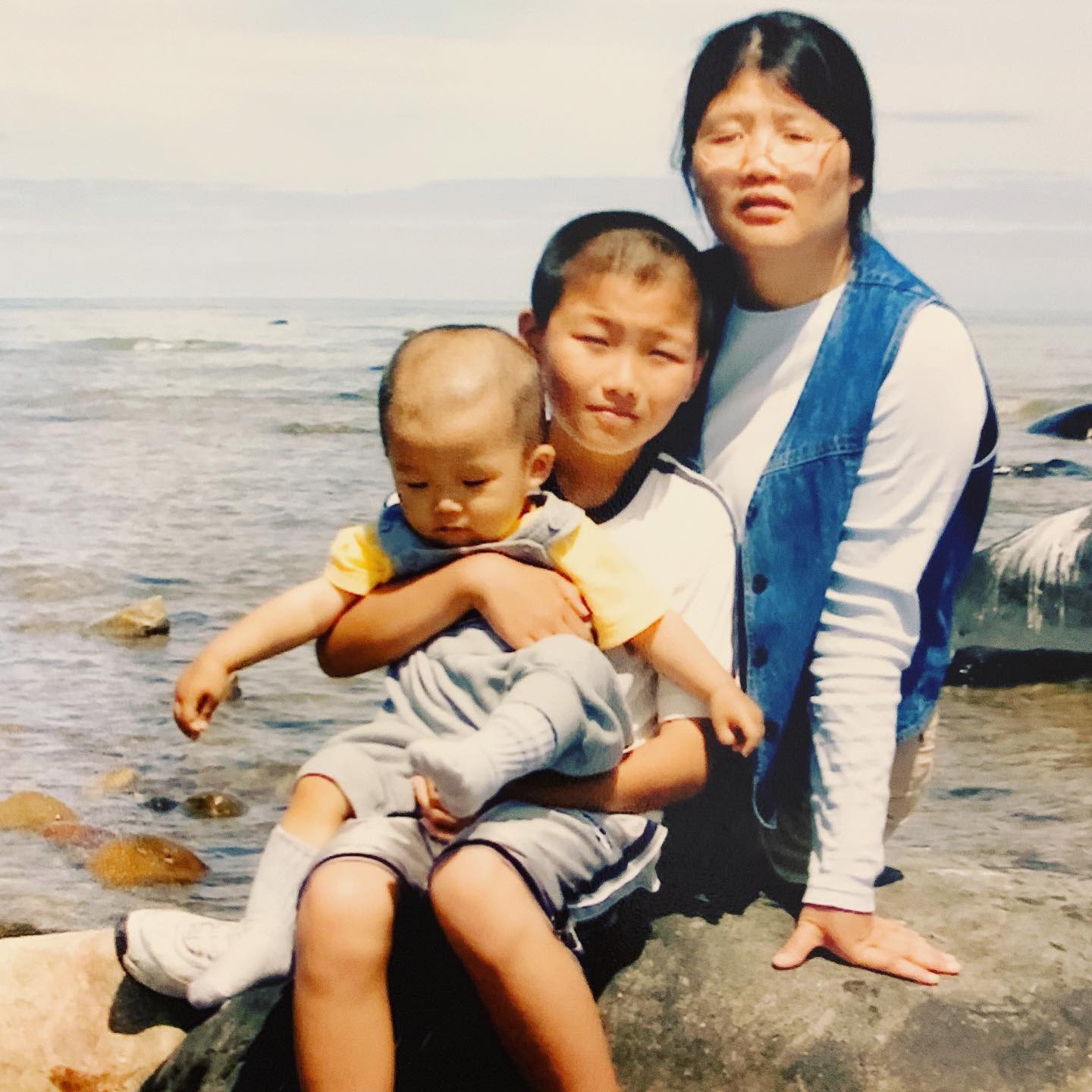 Although I didn't have much growing up, I learned an essential lesson from my immigrant parents: if you really want something, you have to fight for it.

Life as an Entrepreneur

While most of his peers spent their last year in college partying and enjoying the security of their job offers, Kevin began experimenting with drop shipping. Starting with just $3,000 saved from a previous summer job, Kevin couldn’t afford an expensive course or paid coaching so he began learning the tough way – failing, learning, and failing some more. Despite experiencing little success and financial return, Kevin decided upon graduating to give up his job at McKinsey.

Inspired by the success stories of brands like Warby Parker, Bonobos, and Dollar Shave Club, Kevin recognized eCommerce as the future of business and became even more determined to capture its opportunities. Having failed countless times, Kevin entered July 2018 with $3,000 in credit card debt and no signs of a stable income. Despite pressure from his parents and friends, Kevin decided to press on, understanding that each failure was an invaluable learning opportunity.

In August 2018, Kevin’s life completely changed as he scaled a dropshipping website to $20,000/day in sales within 10 days of starting. Despite achieving something that many seasoned eCommerce professionals will never achieve in their lifetimes, Kevin continued to expand his business, focusing on perfecting his ad strategy even further and building a talented team around him. 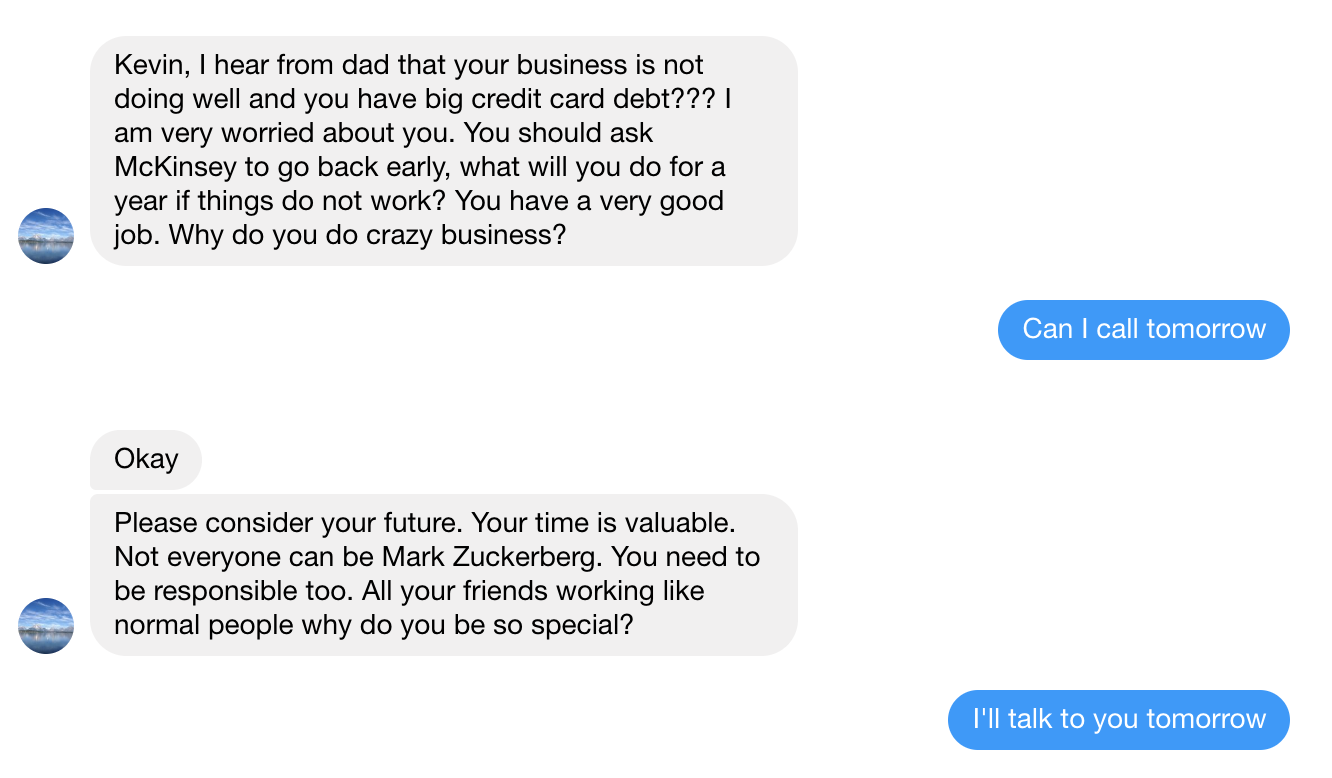 Concerned messages from my mother in July regarding my financial situation. Even when others doubted, I continued to believe. 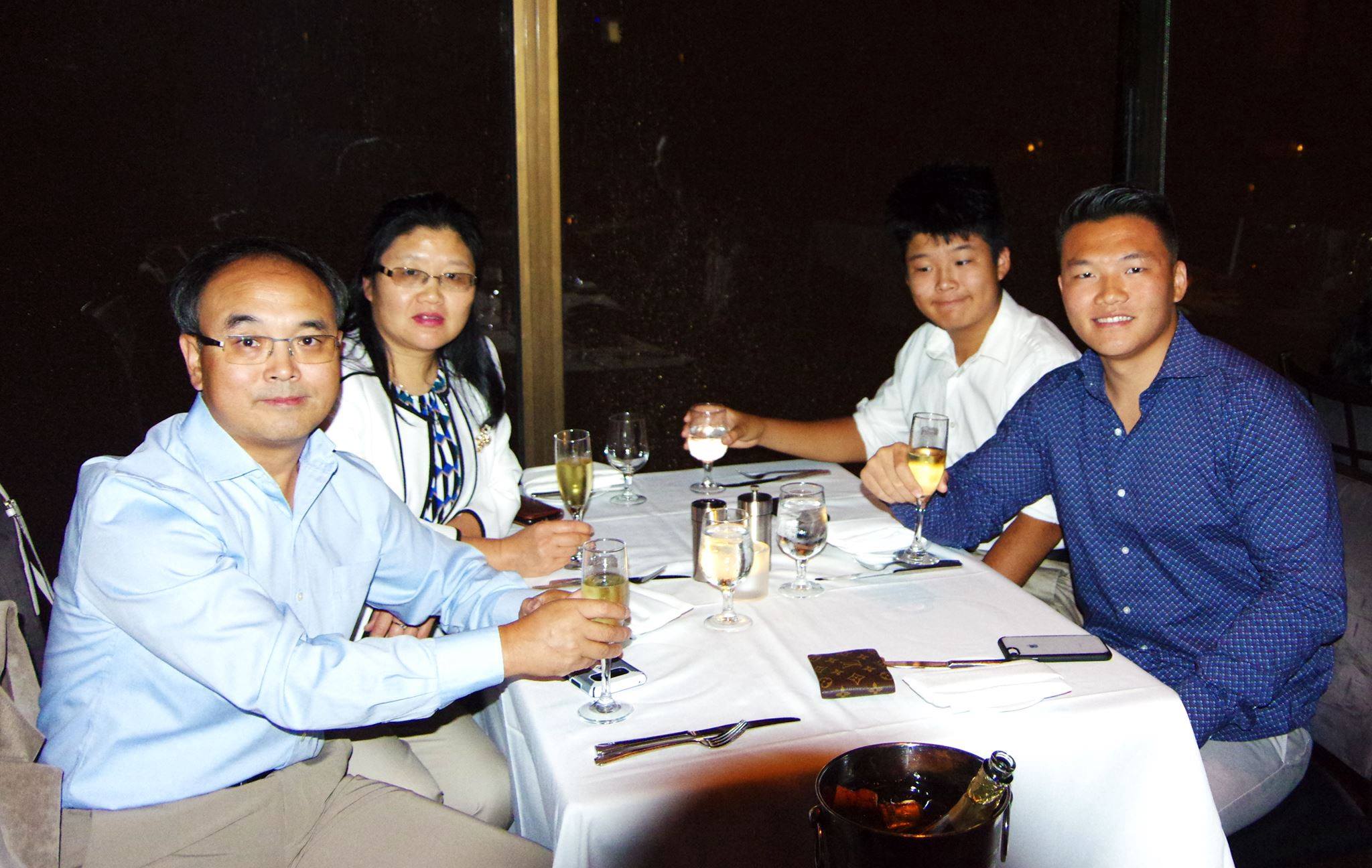 As soon as my business hit the $1M sales mark, I booked a flight back home to surprise my family. It was one of the happiest moments of my life.

Kevin and his team entered August 2019 having generated $20M in sales across their active eCommerce brands in their first year in business. What started as a dorm room hustle has truly turned into a global business. Kevin has sold his products to over 250,000 customers across 20 countries. Furthermore, Kevin has built a talented team of over 50 employees who work remotely across the world.

Aside from managing his own eCommerce business, Kevin also provides strategic advice to notable organizations ranging from a luxury fashion brand frequented by A-list celebrities to a gaming giant that consistently generates 9 figures in revenue.

Given his background and the legacy of his parents, Kevin has a deep passion for social mobility and elevating those around him. He has identified eCommerce as a perfect pathway to offer opportunity for individuals of all backgrounds, even non-traditional ones. He founded Generation E – a movement aimed at inspiring and empowering the next generation of entrepreneurs. While most “gurus” and “experts” pedal expensive courses that over-promise and under-deliver, luring newcomers to a “get rich quick scheme,” Kevin and his team provides all of their educational content for free. Furthermore, he invests in the members of Generation E with his capital, expertise, and infrastructure.

Kevin has set aside $200K to invest in the members of Generation E within this next year. He hopes to eventually introduce 1 million aspiring entrepreneurs to the world of eCommerce so like him, they can also turn their dreams into realities. 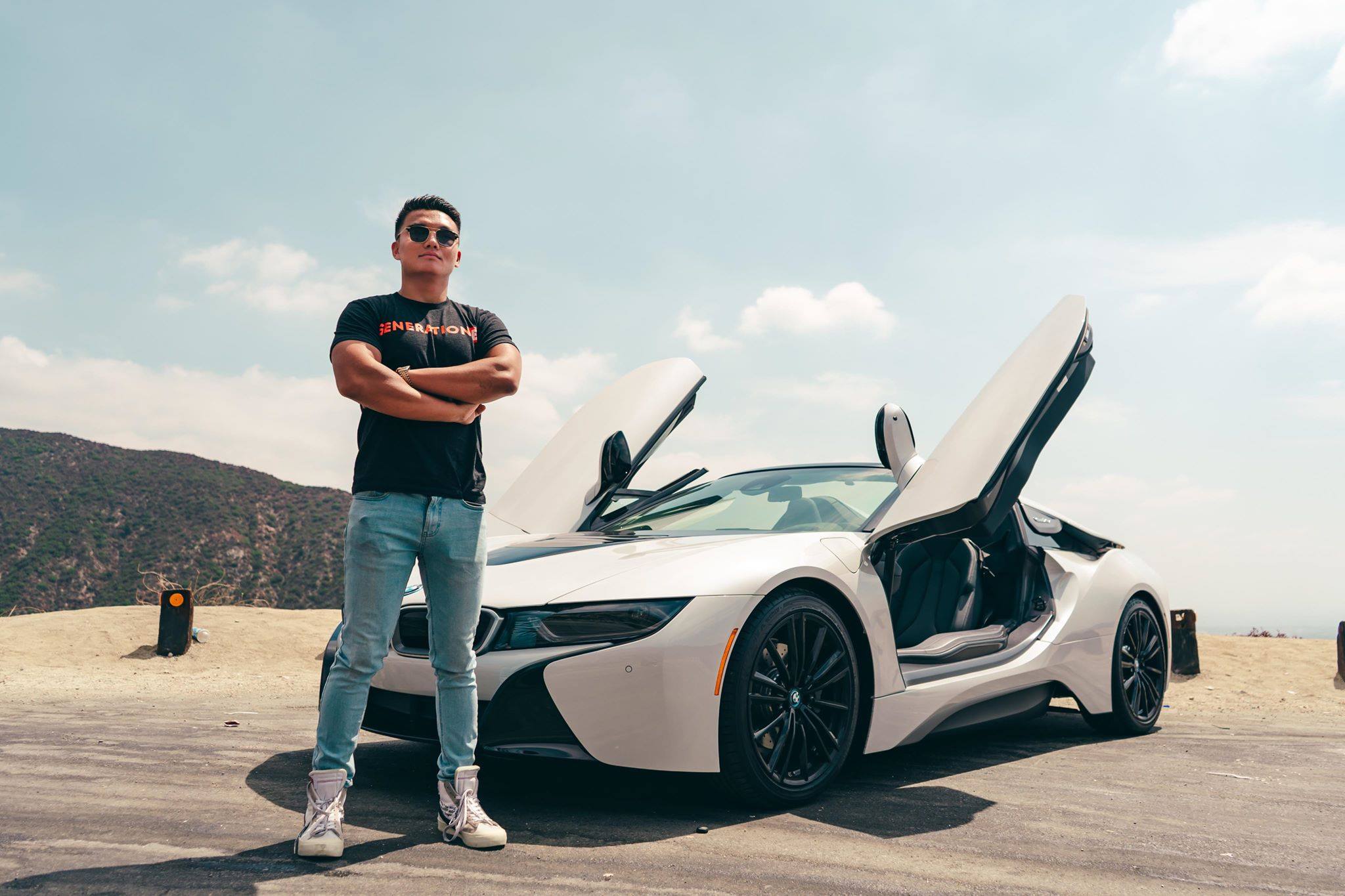 A year removed from being broke and under debt, I moved into a multi-million dollar home in Los Angeles and bought the car that I used to dream about.

Even the wildest dreams can and do come true.